Let’s Return to our Sheep

The John 10: 1-10 Gospel reading for the 4th Sunday after Easter transports us directly into the world of animal husbandry – a world which hasn’t changed much for the past 2000 years.  However, the image of sheep is at the center of Jesus’ discourse which centers on one’s spiritual life.  In verse 6, John, as if to underscore the fact that Jesus’ sheep image is not to be taken literally, informs us: “Jesus used this figure of speech with them, but they did not understand what he was saying to them”.

So here we have what is perhaps one of the most essential teachings of Jesus being misunderstood by his disciples and labeled explicitly by John as a communication failure -a breakdown of language and teaching.  Two questions immediately jump to mind: First, how can this happen given Jesus’ teaching authority? Second, why does John go out of his way to point out this failure? 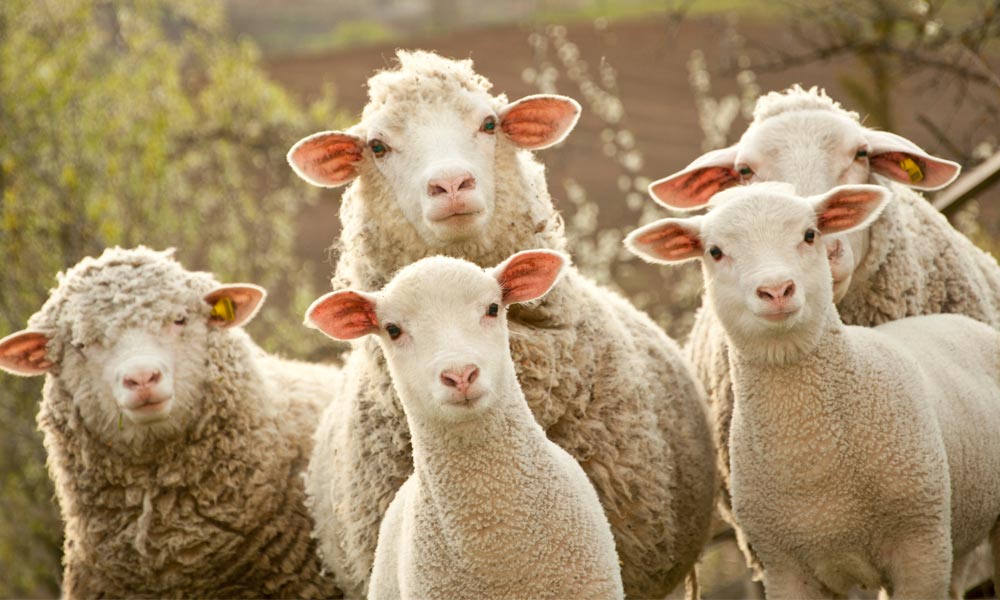 First, let us return to the sheep. The French expression, Revenons à nos moutons is famous and simply means, Let’s return to our sheep. This expression is used in French whenever someone goes off topic, or gets lost in something that is not central to the original discussion. It is a verbal reminder to bring the subject of the conversation back into focus. This expression was used in a 15th century Parisian comedy in which the lawyer representing a crooked shepherd who had stolen sheep from another shepherd, attempted to divert the courtroom away from his crime, forcing the judge to continually repeat the phrase, Let’s Return to our Sheep!

When we focus on the idea of physical sheep, we tend to think of rather dumb animals which are raised by their owners for wool, milk, hides, and especially their meat for human consumption. In most parts of the world, lambs are protected from predators like wolves only to be later slaughtered for human consumption and enjoyment. For some, this sheep image/metaphor, when used as a comparison with people, is uncomfortable since sheep seemingly lack those highly valued qualities in us such as intelligence, self-determination, independence, and the ability to defend and protect ourselves from danger.  It was perhaps this jarring mismatch of the nature of humans vs animals that caused John to note the lack of understanding in Jesus’ discourse.

However, sheep also lack something else. Like all animals, they are innocent and have no guilt to deal with. We recall John the Baptist’s words earlier in the same Gospel verse 29:  Behold the Lamb of God who takes away the sin of the world”.  How is it that a lamb, totally lacking in those qualities which we humans value the most, can assume the highest and most absolute value imaginable – that of salvation?

One answer might be found in Psalm 23, The Lord is my Shepherd.  This Psalm was read on the same Sunday as John 10:1-10 and brings sheep into the picture again.  Perhaps the New Testament evangelist is returning to the Old Testament sheep in the 23rd Psalm.

In contrast to Jesus’ words in John 10 (spoken in the 3rd person, as a teaching story, descriptively) which involve movement of the sheep -  going both out of and back into the sheepfold via the gate/portal (Christ himself), the 23rd Psalm paints a radically different setting and picture. In the psalm, it is none other than the sheep themselves who speak in the 1st person (I statements) to God the good shepherd in the 2nd person (you statements). “Surely your goodness and mercy will follow me all the days of my life and I shall dwell in the house of the Lord forever”. The sheep of Psalm 23 are in an intimate relationship with their shepherd in whom they place all their faith and trust. The sheepfold and gate mentioned in John 10 are nowhere to be found in the Psalm. Here there is no need for a metaphor or figure of speech.  The sheep are out/outside the sheepfold now - verbal, conscious, and facing death and evil with courage due to their relationship with the shepherd. There is little to misunderstand or misinterpret in this memorable psalm.