"I don't believe in organized religion," she said. 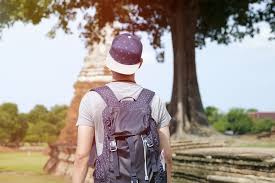 "I get it," I said, partly because I wanted to continue the conversation, and partly because I think I know what she was trying to get at. Clearly, I don't think she was saying she doesn't think organized religion exists. It wasn't that kind of use of the word "believe." I think she was simply saying she doesn't trust organize religion to do what it sets out to do (i.e., connect people with God and one another meaningfully, and lovingly).

But I have been thinking of this bold claim a lot this past week, and not just because I am [obviously] a weirdo who has now publicly devoted my life to organized religion. The statement has a haunting quality and vague and over-reaching quality for me: I want to go back to the conversation, press her on what she means. Not in a defensive way, I hope, but because it feels like a comment that is absurd and important at the same time.

It is back-to-school season in the United States, and millions of parents are trusting their children to the system of "organized education." I am one of them, and  -- as the child of a public school teacher who passionately reminded that a well-educated population is the foundation of any democracy every time private schools were even mentioned -- I am grateful to be. The public/ private conversation is beside the point here: the point is that ANY school is a system of "organized education." I know there are intelligent and wonderful people who "do not believe in organized education," but they are relatively few. Mostly, we trust in organized education. We believe that it will do something good for our children, and the world. Where it is broken, we try to make it better, especially if our kids are part of it. My conversation partner was a professor, a person with considerable investment in the system of organized education. But organized religion, to her, seems broken beyond repair.

It's popular in education to remind teachers that the word "education" derives from the greek notion of "leading out, drawing out." In other words, it's not about hammering something IN to a person or child, it's about drawing forth knowledge and skills. In contrast, the word "religion" is so unpopular that even churches shy away from it. We are "people of faith," not "religious people," these days. Maybe part of the reason is that so many people experienced organized religion as an uncomfortable and (more importantly) unhelpful binding, which is often cited as the root latin term.

But another possible origin of the term "religion" is the latin religiens, which means "careful," the opposite of "negligens." What if to live a religious life was understood to mean leading a care-full life, a life in which organized religion taught us how to live this sacred life we've been given with care and gratitude, to not be reckless with our lives or the lives of others. Or, what if we kept the old interpretation, the "binding fast" to something greater than ourselves (ie, God), but understood, as with school rules, that any organizational aspect was simply meant to facilitate that holy bond between humans and the divine?

In the end, I guess I have to admit that I love organized religion. But why? It's weird and unwieldy, just like my organized education was. But I love it because, for me, the church has indeed been a school that has (albeit imperfectly) given me tools, gifts, and practices that have helped me discover, by the grace of God, unfathomable love. It doesn't make me perfect, just like graduating with honors doesn't make an individual perfect, fully grown or educated. But overall, I trust it, like education, to be a good and worthy thing. I know that's not true for everyone, and that we who work in organized religion have a lot of broken systems to account for. But I hope at St. Luke's, and in other churches, we might demonstrate to the world that that is what "organized religion" is about, what we are aiming for: we want every person to achieve their spiritual potential, which is a life lived in loving relationship with God and neighbor. We will fail sometimes, just like the school down the street. But to my mind, this is what we're trying to do.

How can we do that better? How can we make that more clear?

(Please do feel free to post your thoughts. We always have a lot to learn.)